Myers-Briggs and the INTJ author

Since I'm an author, Q.E.D. I have a day job that provides the money to keep me sheltered and fed while I write. Since said day job is in an office, I've been exposed to various personality tests etc. that are supposed to improve my interaction with my co-workers and supposedly let me know how best to manage myself.

One of these tests was, of course, the Myers-Briggs test, based on the work of Charles Jung. According to Wikipedia, this is 'designed to indicate psychological preferences in how people perceive the world and make decisions.'

Turns out I'm INTJ. I also write quite a lot of INTJ-type characters. My principal in my sci-fi series is an INTJ woman. As per Elizabeth Craig's rather awesome post, these are the character that most authors get wrong ... mostly because they're so damn rare. About 2% of the population are INTJ, and it is the rarest type, end of story, for females. (Yes, there are a lot of links. Suck it up, it's all educational.) 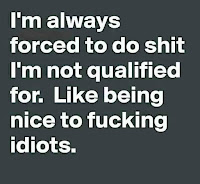 In the shortest form possible, INTJs are highly dominant types who have no desire to lead. The INTJ is also, on average, the personality type correlating to the highest IQ segment. Think dominant, intelligent, arrogant arseholes who really don't like having to deal with people and you're pretty close. This meme pretty neatly encapsulates the INTJ outlook. They may make great villains, but in my view, they make even better anti-heroes.

So, for me, being an author is pretty awesome. An author, by definition, is not a social creature. An author's ideal world includes a screen and keyboard, a massive amount of books, tea (or caffeinated beverage of choice), and food. It doesn't include, as a general rule, other people. An author also isn't, generally, required to explain how their head works to other people (whose intellect, in the viewpoint of an INTJ, may not be able to keep up anyway) - they can simply point to the book and say: "Read, and ye may be enlightened."

Being an INTJ author is also pretty awesome because it gives me a leg up on the twisted inner workings of the INTJ character type.

Again referring to Elizabeth Craig's awesome post (see above), they are voted best villain every time. For most people, they're also really, really tough to write. Fair enough. I mean, a strongly dominant personality who really, really, doesn't want to lead? A character who evaluates and correlates input, making almost instantaneous judgement calls based on those evaluations - and, this is the kicker, does it more or less automatically, so the data that led to those decisions is never going to be 100% clear to the supporting characters? I absolutely do understand why these people are difficult to write - and how it could be almost worse trying to integrate them and the reactions they elicit with the other characters in the storyline. 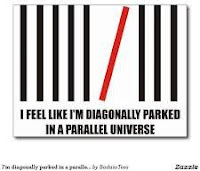 These types generate confusion. They arouse resentment, even anger. They frequently elicit avoidance tactics. As my sci-fi series is set in a  mercenary cult, my principal not infrequently attracts gunfire. Even the side they're theoretically on will almost certainly suffer the urge to murder these characters on a daily basis.

However, due to the flip side of an INTJ, these homicidal urges are going to be tempered, for the most part, by the fact that these people are really useful. They're (mostly) unpleasantly intelligent, they're capable of absorbing complex concepts in the blink of an eye, and they're decisive. These traits also mean you need to get up very early if you expect your assassination attempts to be successful. Since INTJs also have issues with forgiving, and they're more or less incapable of forgetting, if your plot includes an attempt to take out an INTJ, make sure it succeeds first time, because otherwise that INTJ is going to make you a personal project.

All in all, I find this personality type a lot of fun. They can throw fantastically rich wrinkles into any part of the plot from the personal to the galactic levels. Here are some very brief pointers that may be useful if you're planning an INTJ character: