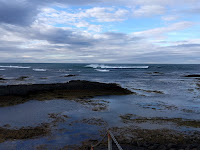 empty to the whistling winds of time recently ...well, I was in Iceland, caving in lava tubes, watching the Northern Lights, and riding Icelandic horses. and then falling face down into bed each evening, because like many authors, I'm a generally sedentary specimen.

If you haven't been to Iceland yet, go. It's unique, the scenery is stark and breath-taking, and Icelanders have mastered the art of enjoying the outdoors. Might help that their outdoors is awesome.

How is Iceland unique? Well, I could be a smartarse and ask if you wanted that list alphabetically or chronologically, but I won't. After all, I have neglected everyone for a week.

First, it's a great place for authors. It's estimated that about 10% of the population has written a book. (Well, it impressed me...)

Unique fact #2: Iceland has no military. None, zero, nil. There's a US Airforce base near Reykjavik that they've been trying to politely boot off the island since about 1950, with very little luck, but Iceland itself has no military.

Unique fact #3: Iceland's prison population is somewhere around 200. There is exactly one secure prison. We were told that the last time a prisoner broke out, he got so cold and bored after a couple of days that he knocked on someone's door and they gave him some coffee while he waited for the police to pick him up.

Unique fact #4: the Icelanders found out when the Panama Papers came out that their last prime minister had been caching money overseas, so they came out and demonstrated against him in hordes - and he stepped down within the week. 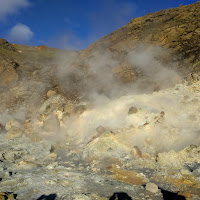 I spent a week in the capital (in and around, OK), and a few things stuck out for me. There were no homeless or mentally disabled begging on the streets. None. After that, I got impressed all over again because all the Icelanders I met spoke at least one other language fluently, usually English, and quite often a third and fourth language as well. Up until then, I thought my two and a half languages were a good record. Best of all, there is basically zero sexism. Iceland is pretty much the leading country in the world when it comes to gender equality. 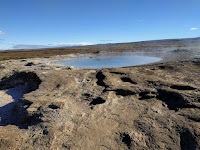 After a while, I started to wonder what the secret is. How come democracy seems to actually work in Iceland, whereas it's coming off the rails in the rest of the world? How come there is almost no violent crime (the Icelandic police force's Instagram restored some of my seriously jaded faith in humanity)? How come Iceland has laws concerning paying both genders alike for 'men's work' that can in some cases be traced back to the 1700s (or at least, that's on record in the Maritime Museum) - and other countries today have legislatures united against equal pay, or still believe that a faceful of acid is a merited response if a woman refuses to date someone, or that it's somehow demeaning for a man to be competent at mending his own shirts?

Seriously, is it something they put in the water, and can we set up an export agreement?

Anyway, Iceland, fellow humans. By sheer dumb luck or intelligent design, they're definitely doing it right, and even if you don't happen to suffer from my incurable need to try and figure out the why and wherefore of everything, it still makes a great vacation spot. Just stay away from the hákarl - every Icelander I spoke to for more than five minutes apologised for it. They're not sure why it's still a thing, but apparently they feel bad about it.
All photos taken by the author. There's a reason I'm an author, not a photographer. 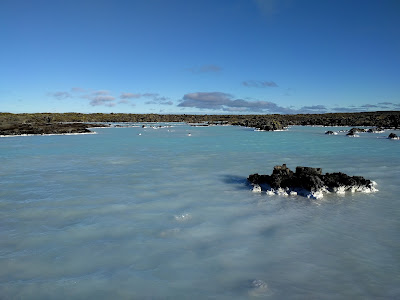