The art of war, or, the non-PC novel 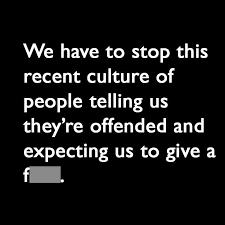 I see a lot of blogs, tweets, and statements about how offensive some people find books that contain (insert rant of choice here - bad language, violence, sex, religion ... you name it). Look at this one again. People find a book offensive. To the point where they feel they can't just put it down; they have to try and make sure that no-one else can read it either. Because it offends them so deeply.

Libraries are being told to ban books. Does this raise any concerns for anyone? Would it concern anyone more if I mentioned that these dangerous books include ... Harry Potter?  The Hunger Games? Huckleberry Finn?

I mean, we're not talking about The Communist Manifesto here.  We're not talking books that overthrow the worldview of the Western world, like Kepler's Astronomia Nova, or even Martin Luther's translation of the Bible. We're talking fiction books.

At this point I start getting little twinges of disaster scrabbling around my hindbrain. Here's a pop quiz. Can anyone think of a period in the last 100 years when books, including fiction books, and literature with liberal, democratic tendencies and attitudes, and writings, e.g. Jack London's Call of the Wild, were rounded up and destroyed to keep them out of the hands of the impressionable population?

Anyone? I'll tell you. It started on 10th May 1933, when numbers of students and citizens decided that in the name of patriotism, some material was against the principles of their culture and ran the risk of sowing dangerous ideas in the populace.

But ... but ... banning books that shock or anger people from libraries is nothing like that!

It's an offence against free speech. It's making someone else's choices for them. And it prevents the spread of an idea. Even a stupid, fictional idea. After all, what starts with a ban on Harry Potter can, all too easily, spread to a ban on Darwin's On the Origin of Species. That one definitely contains some dangerous, shocking ideas to some percentage of the population.

So here's the shocking thing about books. They're meant to spread ideas. Think of every book like a little chunk of amber. Each contains a preserved idea, whether from yesterday or 2,000 years ago. Most of them are just beautiful things to amuse yourself with for a few hours. Others, still beautiful, contain the DNA sample that brings back the dinosaurs. It doesn't mean you get to destroy the one you don't like because you don't like it. What if someone else decided that the idea you like, about the guy who walked on water, should be banned and destroyed, because it starts wars?
Posted by Fuck you at 09:03

Email ThisBlogThis!Share to TwitterShare to FacebookShare to Pinterest
Labels: books, Freedom of expression