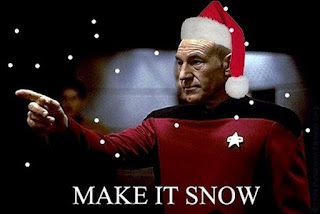 I thought that rather than making  a list of things to do next year that I know I'm not going to get to,
I'd make a list, instead, of the things I actually did in 2016.

One of the big things was the migration of my author website from my old Wix site to this one - a brand-spanking-new WordPress website. This took me about three months and involved me learning how to manage WordPress, a learning curve that nearly had me throwing my computer through a window (because, really, why the hell is building a website not plug-and-play in 2016??). My lack of patience aside, it now does look almost how I want it to look, and it seems to be reasonably discoverable. I'm told Wix's habit of including hashtags in their website addresses plays hob with SEO, which is one of the reasons I moved.

Unfortunately, something else I did, much less successful, in 2016, was hire a publicist. Technically, I hired her in 2015, but as the majority of the 6-month term for which we contracted was the first half of 2016, I'm calling it a 2016 item. Sadly, aside from costing me a great deal of money, all the lady in question did was connect me with a lot of people on Twitter before vanishing without having actually accomplished a single other of the items that the contract was for. Strangely, all websites and social media for said lady have also vanished in the time since, thus providing me the with valuable lesson of don't gamble anything more than pocket money on hiring marketers.

I also, courtesy of my office, took ten weeks of speech and voice projection training. (Why am I mentioning this here? Well, fair question. Keep reading!) It's something I'd been wanting to do for a number of years, as I'm generally either being told I don't speak loudly enough, or, conversely, that I'm speaking much too loudly and disturbing everyone around me. I figured some formal voice training would provide some much-needed context on which side of the argument were right, and which were simply assholes. It turned out to be a very interesting few weeks, in which I learnt that free diving isn't the absolute worst past hobby to have had when it comes to learning to manage and project your voice, and that sinus surgery makes me trying to engage my frontal resonators sound remarkably like Daffy Duck. (Quack.)

Unlike 2015, my book publishing for 2016 only amounted to one book, Elemental Affinity, the third in the Cortii series. I was (and am) however, as proud of it as a chicken with one egg; it took a lot of editing to make it semi-presentable, and gave me my first opportunity working with a formal set of beta readers, who provided some invaluable feedback. Said feedback resulted in me cutting about a third of the book and re-writing, but it is, I feel, a lot better than it was.

2016 was, finally, one of the rare years in which I actually went somewhere on holiday. In this case, it was Iceland, and it was awesome. I've already run off at the mouth sufficiently about that elsewhere, but suffice it to say I'm already looking forwards to a return trip.

So, overall, I checked some things off my bucket list. Plans (not to-dos, but plans) for 2017 include publishing the next in the Cortii series...and possibly, depending on how it cleans up, a novel of vampire hunters, yachts, and the Caribbean...that one's officially a maybe.