Spatial politics and the Cortii

...because you really can't call it geo-politics when it concerns a sizeable chunk of the galaxy. 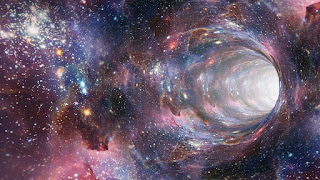 Borders in space are tricky bastards, because you're defining a volume rather than an area. Setting borders in space is the art of picking your battles wisely, and the Cortii have been making a very healthy income from variations on that theme for a number of millennia.

To define the problem a little more precisely, habitable worlds are light years apart. In multiple directions. Add to that the fact that the deepspace drive used by most of the species in what we're going to loosely term 'civilised space' essentially bypasses normal space and goes from Point A to Point B, and 'border' becomes an increasingly stupid proposition.

It's all about location

It's possible to track a ship while it's in realspace, via any beacon or station or satellite close enough to get a ping off it. It's possible to eyeball the thing by actually physically getting it in scanner crosshairs. Locating a ship in deepspace has long been the wet dream of various militaries, and so far no one's reliably managed it.

This means that while spatial governments will map by sector (volume), the real power lies in the inhabited systems. No one in their right minds is going to take a deepspace jaunt to nothing, so logically, they'll pop out somewhere. When they do, they'll show up on a locator grid - as something. Just because the Ore Scavengerdropped into deepspace by Sector 14 Outstation doesn't mean you won't get the Peace of the Starsarriving in Core-Galax orbit. Juggling IDs is a favourite sport of any pilot who prefers to keep their business their business, and the more generic the hull and load-out, the better it works, because as long as the various militaries are foiled in their aim to track a ship through a deepspace jump, the more they focus on making a positive ID at Point A and Point B.

Humanoid expansion began from what is now known as Central Worlds. There are four worlds that claim the honour of being the original human homeworld, and while it's pretty obvious which one actually is, sharing the honour - and the expenses - has historically been the way to go. The four worlds in question are spread across three systems, all within ten to twenty light years of each other. They were all human-settled before the first deepspace colonisation wave, they're all rocky planets more or less in the habitable zone, and if one or more of them was terraformed, it was successful enough, and long enough ago, that ruling it out of contention for the honour of being a homeworld would be tricky to prove. Also, not really in anyone's best interests.

Once deepspace drive got off someone's to-do list and into actual use, there were a series of colonisation waves. Given astronomical distances, untried tech, and an excess of optimism, most of the first Colonial Fleet vanished into the silence between stars and was never heard of again. Every so often, someone either terminally lost or scouting frontier worlds comes across a drifting wreck, a primitive humanoid settlement with no logical connection to the rest of the planet's biosphere, or a sizeable crater somewhere with odd trace elements welded into it.

The Second Colonial Expansion was a bit more modest, a lot better controlled, and formed the basis of society as it is today. From Central Worlds, scoutships were sent to most of the nearby systems, looking for habitable planets, planets that could be terraformed, or systems that were completely uninhabitable but which had enough resources to make an artificial habitat worthwhile.

Because the kinds of people willing to head out into the void and try to start some kind of settlement generally have a strong independent streak, Central Worlds stopped getting much more than lip service from a number of their further colonies no more than a few generations to a few centuries later. Their desire to do something about this led to one of the earliest interstellar deployments of Cortiian forces on record, often on every side in the conflict.

When the dust settled into a stable orbit, Central Worlds and about fifteen systems formed the Federated Planets Alliance (at that point, pretty much a cake-slice-shaped sector of space with Central Worlds at the narrow end). The Atari Sector had hung onto a deep arc of territory fanning out and down from that narrow end, and the Hejjin'in Empire had claimed a chain of systems from Central Worlds that was more a crooked line heading out at at oblique angle to Galactic core than an actual sector.

Since exploring brave new worlds is a chancy business even when people aren't trying to shoot your ass off, all three of the governments periodically hired Cortiian units aboard to do their dirty work. Above and beyond those contracts, the Cortii had a workable fleet, and turned the fees they made into more ships. During this period, they gained their first footholds in the various sectors, in exchange for services, or, not uncommonly, because they settled somewhere and proved far too expensive to dislodge.

The Nasdar Quadrant split off the Hejjin'in Empire about fifteen hundred years after the original split; in short, a do-over of the initial Sector War. The military was heavily concentrated in the outer borders of the Hejjin'in territory, and when they hit critical mass of younger offspring sent to cool their heels in the outer systems, the military seceded from the Empire - very successfully.

The Kendazi Union is an even more recent addition to the humanoid governments. It's also the government with the strongest interspecies links, since it was an non-human species that negotiated a deal with the Atari to exchange workers able to tolerate conditions and extract resources in various systems Corewards for tech and rights to the planets.

Until the Kendazi alliance, relations with the various non-human species was patchy at best. The Atari and the Cortii historically had the best luck with establishing relationships, and this was more or less because both have a high incidence of the various Abilities in their populations. Cortiians have a mandatory telepathic minimum for anyone serving in an active unit, and the Atari, culturally, are the most receptive towards Abilities, Ability research, and training.

Very much in brief, communication is highly reliant on perception. Molecular structure may be universal, but how it's perceived and described turned out not to be, and early attempts at communication started a number of rifts. In some instances, mental contact turned out to be equally fatal, but usually only to the participants. By and large, the success rate was notably higher, something which eventually lead to the formation of the cumbersomely-named Independent Extra-Sensory Regulatory Organisation, where species is optional provided you have the Ability range in some Ability or other to deal with contact with other species without stroking out.

In short, ambition, aliens, expansion, and politics, oh my.
Posted by Fuck you at 15:59