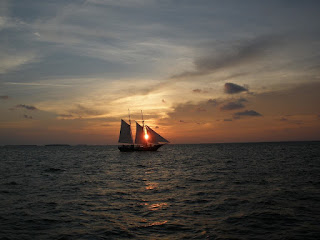 Death is for the Living - Prologue:


Everything was dark, but this time, she was sure she was awake. There was a damp breeze on her cheek, and a soft surface under her. By contrast, her body was burning. The air smelled of earth and rot and wet leaves, and it was silent except for her own raucous breathing.

She lay there until she began to wonder if it wasn’t another fever dream, and then flinched as a voice broke the silence a little way away.

“And she was the only one, you sure of that?” It was a woman’s voice, with an Islands accent, slow and unhurried; not one she had heard before.

There was a pause, one that reeked of reluctance, and a male voice replied. “Alone and unbound, and several kilometres from the house. I thought she must be a fledgling, but...” his voice trailed off, a faint French accent evocative enough that she could almost feel the shrug.

“Not yet,” the woman’s voice agreed, and her tone was darker, grimmer. “You think she has the strength for this fight, boy, or are we just saving trouble for later?”

“I think she will stop fighting when she is dead, this one,” the man’s voice said. There was rock-solid certainty under his tone, such utter surety that she wished, briefly, that she were that sure. Absent memories, vision shut down, and fever tearing through her, fighting seemed about as impossible as levering her eyelids open.

Her throat was bone-dry, and she longed for liquid even through her throat and neck felt as though they had been savaged. She couldn’t remember why that might be.

She was suddenly aware that there was a presence beside her, blocking the flow of air, and a hand clamped onto her shoulder. It triggered a flash of rage and thirst combined, and it was enough to let her move, to flinch away, swing her arm. She had almost bitten him, and couldn’t remember why that would be a bad idea.

He was long gone by the time her retaliation completely failed to connect, the cooling breeze again moving over her face. It made the thirst worse.

Through the pounding in her ears she heard his voice: “Tu vois. She fought; she did not bite.”

There was a rustle of cloth. “Indeed I see. Make sure it her struggle you see and not your own. If she survives she may not thank you for it.”

There was a longer pause, as her heartbeat slowed and the lancing pains from the movement quieted with it, and she wondered absently why he didn’t just walk out. His desire to do so was almost as thick in the room as the smell of the jungle.